AFTER a year like no other and with all of our lives disrupted by the coronavirus crisis, it may be too easily forgotten that just 12 months ago Camden saw one of its most harrowing weeks.

In this week last year, three people lost their lives on the streets within a matter of days, a sequence of events which left a community in shock and familiar debates raging over how to end violent crime.

Two murders from that week from hell remain unsolved and this week the mother of a young man stabbed in Camden High Street issued her own heart-breaking plea for those with information to come forward.

Assad Yarow, 25, died on September 12, 2019, after he and a friend were set upon by a group near Camden Town tube station in Camden High Street.

Mr Yarow died at the scene from a neck wound. His family say the group was looking for a Somali man to kill. It came four days after Wilson Varela was killed in a shooting in Kentish Town, an unrelated incident.

In Mr Yarow’s case, two men were arrested on suspicion of murder but were later released on bail. The case remains open and police say enquiries continue.

His mother Fowsia Ali, 45, said: “The police say they need more evidence, need to be 100 per cent sure before taking it to court. They said there were around eight to 10 people involved but maybe only two or three of them actually did it.”

“When they got to Camden they put on masks and gloves so it’s hard for police to identify them. They also found the car, but it had been burned.”

Ms Ali, a mother-of-five, had taken Mr Yarow, her second eldest son, to Camden Town that evening. It was the last time she saw him alive.

She said: “I remember the night so well. I drove him down and my youngest came with us too. He said ‘mum, see you later’, and that was it. My youngest says that as Assad crossed the road he smiled and laughed at us, but I didn’t see because I was driving.

“That night my other son came home, he was shaking and said something had happened. I felt it in my body then and knew something was wrong. At that time every few weeks there was a killing and Assad would ring me so I would know it wasn’t him and then he’d check his brothers were all right. I’d then tell him to come home.

“That night I started calling Assad, I must’ve called him a hundred times, and I was just praying he wasn’t dead. By this time we’d heard two Somali boys had been hurt, one was dead and one was in hospital. I would’ve given everything for Assad to have been the one lying in hospital.

“My eldest went to the scene and asked the police if it was Assad. The policeman showed him a mobile number and asked him if he recognised it – it was my mobile number. They had his mobile and I’d been ringing it non-stop. That’s when we knew it was Assad who was lying there. 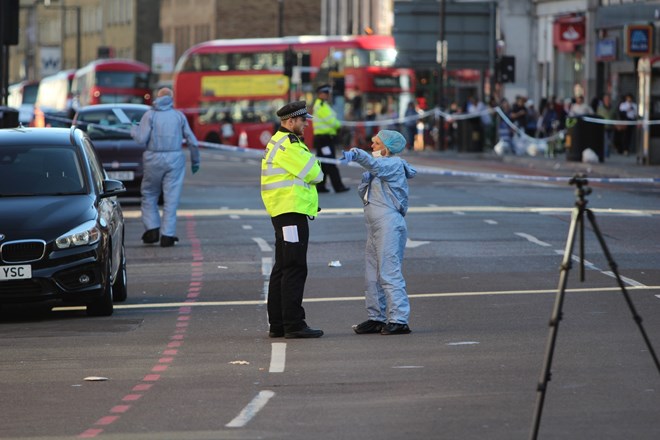 “Later, two police officers came to my house and told us and I just ran to the toilet to be sick.”

Ms Ali said she had been told the group had attacked her son’s friend and Mr Yarow had been killed as he tried to help defend him.

“He had just gotten out of my car hours before, a healthy young man, the next minute he was left for dead,” she said.

Ms Ali added: “Our lives have completely changed since then. The pain doesn’t get easier. My youngest is not the same and I sent my eldest to Somalia to protect him; they were like twins with only 11 months between them and he’s found it difficult.

“Assad’s death is like having a knife through me, I wish the people who do this would realise that when you kill someone you kill their whole family too.”

Mr Yarow, also known as “Nutz” to friends, had been a former pupil of Regent High School in Somers Town when it was still called South Camden Community School.

Before his death he had been talking of moving to Canada with a friend. But he also had dreams of setting up a business in Somalia and according to his mother had said he would like to settle down and get married. 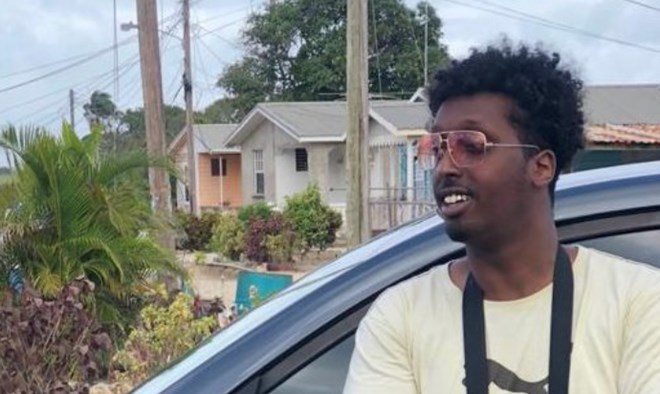 Assad Yarow on holiday in the Caribbean before his death / SUPPLIED

“He was handsome and kind and liked to help everyone,” said Ms Ali. “His three best friends he’d had since school and his killing has changed them too. I get calls from their mothers saying they just cry and stare blankly at the wall now.”

Mr Yarow’s father Abdullah Yarow described his son as “the best of people”, adding: “The best always go first. He was a good man and had his whole life in front of him. It feels like there’s no justice in this world.”

Ms Ali said she had hoped her son’s killers would be caught but after six months passed, then a year, her hope has dwindled.

“Please, if you know anything about who killed my son or those who were with them, come forward,” she said. “And if you are one of those who killed him, hand yourself in and admit what you did.

“I know what it’s like to lose my son like this, to have to pass the place where he was murdered regularly, and I feel sick every time I see on TV that another boy has been killed.

“I wouldn’t wish this on any family.”

Holborn and St Pancras MP Sir Keir Starmer said: “These deaths are tragedies which have ripped apart families and destroyed young lives. I strongly urge anyone with information about these incidents to come forward so that justice can be done, and families can have closure.”